Scientists Find Something Rare on Uranus 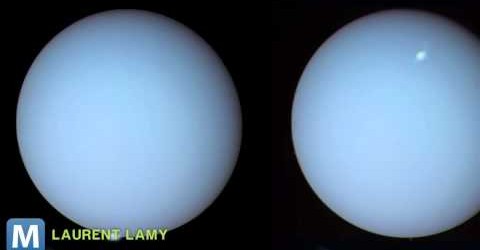 Try not to laugh and just think about the science!

Scientists have spotted a quick but rare light show in Uranus. The Hubble Space Telescope captured images of auroras on the icy planet. Astronomers last took a good look at Uranus’ auroras 25 years ago when the Voyager 2 flew by the planet.