Can We Have Brain-to-Brain Communication And Will The Internet Become Sentient?

Dr. Michio Kaku talks about brain-to-brain communication, recording videos of your thoughts and the fears of science fiction.

There’s no doubt that the internet is creating what is called an intelligent planet, that is, the skin of the planet earth is becoming a network by which intelligent creatures communicate with each other. But that’s just the first step. Some people think that the next step in the coming decades is not going to be the internet. It’s going to be Brain Net because we’re at the point now where we can actually connect computers to the living mind. In fact, I was just at Berkeley a few weeks ago where I had a demonstration of this: we can actually create videos of your thoughts. These videos are not perfectly accurate, but I saw a demonstration in a laboratory at Berkeley where you can actually see in a video screen what people are thinking.

See what happens when homemade lava, created by Sculptor Bob Wysocki and geologist Jeff Karso, with a temperature of around 1371°C (~2500°F) being poured over a six-foot slab of ice.

On January 22, 2011, the fifth lava pour took place using the #700 gas fired tilt furnace operated by the SU Sculpture Program. This 610lb pour was the most successful to date in terms of material consistency, volume, duration of pour, viscosity, duration of flow, structure of flow, etc. The lava was poured on to a 6” thick block of ice measuring 3.5’ by 10’. This pour was conducted for Prof. Ben Edwards, Dickinson College Earth Sciences Department. Prof. Edwards is a specialist in the area of lava and ice interaction.

What If Everyone on Earth JUMPED At ONCE?

What do you think would happen if everyone on Earth jumped up and down at the exact same time? VSauce investigates, and hopefully does so without knocking the earth off it’s rotational axis…

I love Doctor Who, but let’s face it, bowties were cool way before Matt Smith came on the scene! 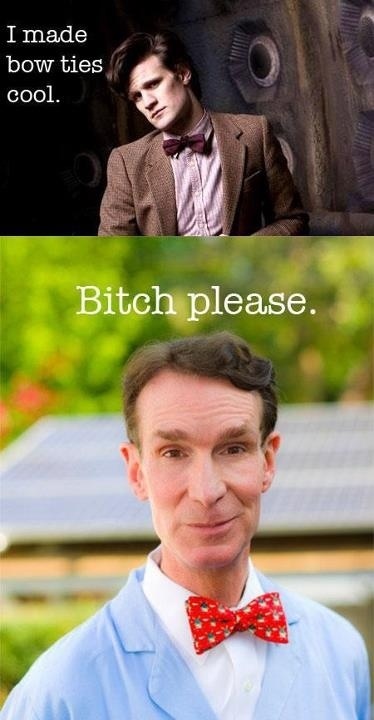 Captain Sparklez and Tryhardninja bring us a music video just ...

Can We Have Brain-to-Brain Communication And Will The Internet Become Sentient?

What do MP3s and Magic Spells Have in Common?

What wizardy does your favorite audio format contain? Ah, the ...