Can you believe it’s been nearly 10 years (September 20th, 2002) since Firefly first aired on Fox? To commemorate the iconic franchise Quantam Mechanix is selling this amazing print.

To celebrate Firefly’s 10th anniversary, we’re thrilled to present an homage from graphic designer Jeff Halsey. Jeff, a die-hard Firefly fan from Fresno, California, created this design after watching the TV series for the dozenth time.
“[Firefly] taps into the themes of freedom and creating a family that really resonate with me,” says Jeff. “The show may have been short-lived, but the ‘Verse will live on. I feel this poster is a reminder of that feeling and is a love letter to my favorite show.”
Jeff made the minimalist-style poster for himself, but tweeted it to us at QMx. CEO Andy Gore was so impressed with the work, he knew QMx had to share it with other Firefly fans.
This beautifully stark image of Firefly’s silhouette against a golden moon with a quote from our favorite captain is yours to savor. Our Firefly 10th Anniversary Celebration lithograph is the same size as a movie one-sheet – measuring 27″ x 40″  – and is printed on 100-pound, satin-finish paper.

Everyone’s favorite mechanic, Kaylee, finally gets her own t-shirt in the style of the pin-ups (but with far more clothes, her dungarees are trademark after all) they used to paint on the side of fighter aircraft.

Thanks to TFAW the entire session of the “Firefly 10th Anniversary Reunion Panel” from Comic-Con has been uploaded to the intertubes for your pleasure.

…and it’s being hailed as one of those truly magical Comic-Con moments. It was a heartwarming, tearful, hilarious celebration of one our favorite science fiction shows, and those who were in attendance will have a great convention story to share.

I’m thoroughly convinced that the Firefly into is so awesome, that it could improve almost any movie about a band of people coming together with the aim to misbehave.

Firefly And Prometheus Are In The Same Universe!

Does that logo on the interface for the anti-aircraft gun used by Malcolm Reynolds in the first episode of Firefly (Serenity) look familiar to you? It should because it’s the logo for the Weyland-Yutani corporation in Prometheus.

Remember, Jos Whedon wrote Alien: Resurrection (1997) so it’s not surprising, yet still bloody awesome that he dropped this little easter egg into his own universe.

Great catch by the folks at Blastr! 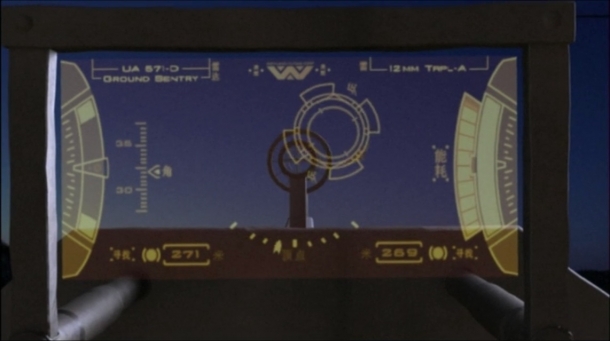 The Size of This 3D-Printed Spaceship Will Blow Your Mind

Amazing video of a 3D printer replicating a spaceship and ...

Glitter Shoes That Will Make Your Girlfriend’s Valentines Day(And You’ll Love Them Too!)

There is something about shoes, glitter, or both that makes ...

Amazing pictures of the Royal Crown Jellyfish from the Universlings ...